Networking Advice – Are You Too Opinionated?

How to lose friends and alienate people

I was doing some networking training at a law firm to help their associates build their practice. To find topics for small talk I advised them to listen to talk radio.

Then I mentioned one of my favorite shows for that purpose which is As It Happens on CBC. A young female lawyer immediately shot back “CBC? I never listen to that left-wing drivel.” 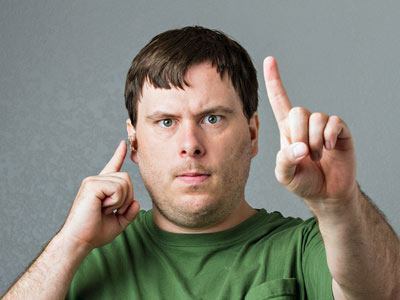 Whoa, now that’s what we call a hard negative! It became a teachable moment. When you meet people for the first time and you’re networking to build some sort of rapport, hard negatives are definitely not the way to go about it.

How a hard negative works

Someone may bring up a topic or an interest or share something as a gambit for conversation such as “I went to the Big Valley Country Music Jamboree this weekend.” If you come back with “I hate country music”, that’s a hard negative.

Some examples of phrases that are hard negatives:

Dogmatic – not good even for dogs

Hard negatives make you seem dogmatic, opinionated and closed-minded. If you have no history with the person, it turns people off and sets up barriers to rapport.

What your conversation partner hears is “you think they’re a loser” for liking or enjoying whatever it is you don’t.

You might say “But Joanne, I really do hate country music. I’d be dishonest if I didn’t say so.” No, you’d be dishonest if you said you liked country. “But I’m just being myself.” Then you’re revealing you are a jerk. If you want to network and build relationships, my advice is to try to use a soft negative, instead of a hard negative.

A soft negative doesn’t mean you love country. Instead, it softly indicates that you don’t share their passion but you’re gracious and interested enough to allow them to enlighten you.

Some examples of soft negatives:

How to tell if you’re guilty of hard negatives

Do people go silent or does conversation seems to shut down after you say something? Pay attention to what you just said when this happens. Ask yourself if you tend to counter harmless conversation with closed statements or rebuttals.

It’s small talk, not an argument

Remember that small talk isn’t a debate, cross-examination or a soapbox. Conversation with someone you’ve just met is an opportunity to learn something about the other person’s interests, passions and life. It’s also a chance for you to share your interests and views in a way that doesn’t shut down others.

As humorist Dave Barry once wrote –

“I can win an argument on any topic, against any opponent. People know this, and steer clear of me at parties. Often, as a sign of their great respect, they don’t even invite me.”