Here are the remaining 5 of our top 10 choices of those we’ve seen this year.

Second of a two-part blog (see part one) 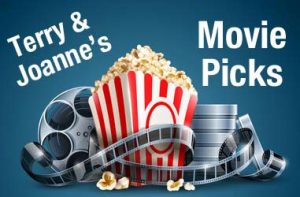 Here are 5 more documentary films we would highly recommend watching. (Many of them are available on Netflix and they’re fairly recent, although not necessarily made in 2013). We have included links to the trailers.

All have 4 thumbs way up.

Environmental photographer James Balog uses time-lapse cameras to capture a record of the world’s changing glaciers. Fascinating and alarming as we watch these ice mountains disappearing at a breathtaking rate. Also a portrait of an individual making an effort to not only record this loss but doing what he can to stop it.

A beautiful heartrending portrait of a country and its people. Shot secretly in the second-most isolated country on the planet, Burma, this documentary lifts the curtain to expose everyday life in a country that has been held in the grip of a brutal military regime for 50 years. If you enjoyed the film The Lady (and we did) based on the life of Burmese activist Aung San Suu Kyi, this is a compelling update and companion piece.

8 – Diana Vreeland: The Eye Has to Travel

This loving portrait of the legendary arbiter of fashion, art and culture illustrates Vreeland’s remarkable life. Born in Paris in 1903, she was to become New York’s “Empress of Fashion” and a celebrated Vogue editor. A film about another true individual with a vision. It a beautiful companion piece to Bill Cunningham New York mentioned in our first 5 choices.

When the oppressed become oppressors. This Oscar-nominated documentary centers on a Palestinian farmer trying to make a living amid Israeli expansion into the occupied territories. His olive farm is divided by a security wall and his land squeezed by huge apartment buildings of the “settlers”. We see his family’s and neighbours’ struggle and journey from victims to rebels thru the lenses of his 5 video cameras that are broken one-by-one by the occupiers.

A heartwarming film that aims to boost the adoption of shelter pets.  This uplifting documentary focuses on the success stories, including shelter dogs trained in a women’s prison as service animals for the disabled and others who are helping returning war veterans with post-traumatic stress disorder. Keep your hankies handy.

What do you think?

We’d love to hear about movies you enjoyed or that inspired and moved you. (Because we’d like to add them to our movie bucket list.)

Check out the first half of this post: Our first 5 of Our Top Ten Documentaries of 2013.