This past month I have been to a few conference dinners 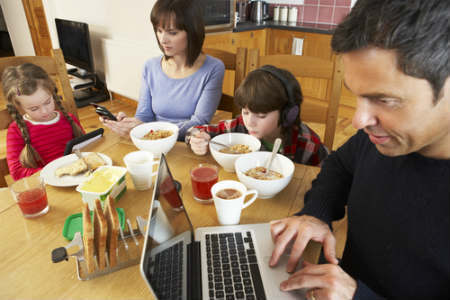 where I have been seated with many young professionals – most of them under 30. Conversation is often fragmented because of interrupting each other by sharing neat stuff on their phones, snapping pictures of the food, entertainment and taking selfies.

This certainly illustrates the alarming trend that I heard MIT professor Sherry Turkle, talk about in her new book Reclaiming Conversation – The Power of Talk in a Digital Age on CBC radio. (Click here to listen to the interview.)

Connection not the same as conversation

She pointed out the irony that our connectivity is damaging our relationships with each other. While we’re highly connected, connection is not the same as conversation.

Sherry Turkle is making a call to put down the phone and talk. More importantly, talk to our children.

She highlighted the effects of technology on rendering our children unable to converse. She referenced comedian Louis CK’s rant on cell phones and children. Because of all this online activity if we don’t make direct eye contact when we talk to kids, they fail to learn these basic social skills and their development suffers.

Put down the phone and talk

She described a significant empathy gap, which starts to show up in grade school.  Kids can’t talk or respond to each other.  By the time they reach college there is a 40% decline in markers for empathy.

While we often blame the kids for being uncommunicative, Sherry Turkle insists that parents are largely responsible for children’s anti-conversation behaviors. We’re constantly multi-tasking, checking emails while putting children to bed, texting while giving baths instead of talking to them, texting at dinner and so on. Then we worsen the problem by giving them screens at an early age instead of engaging with them.

What can we do?

Here are Sherry’s tips to reclaim conversation and help our kids:

I’m reminded of a great quote I once read: “Children are natural mimics who act like their parents despite every effort to teach them good manners.” – Author unknown

Like Ms. Turkle, we’re not anti- technology but pro-conversation. We’re doing our best to equip business people both young and old with the skills to communicate. Thankfully many adults who have taken our networking courses are sending their kids to our children’s social skills course. Let’s all lead by example.